Singer-songwriter The Weeknd has released his new single ‘Take My Breath’, and it sounds like another smash.

The music video of the track has also been unveiled. It is available to watch on the singer’s YouTube channel. The song comes after an epic buildup, starting with a cryptic statement about “the dawn,” back in May, then some social media teases, then placement in an ad for the Olympics, and then news that it was banned from IMAX theatres.

As promised, the mood of the song is lighter, with a pulsing disco beat and a chugging “Another Brick in the Wall” guitar riff, but the video, directed by Cliqua, is dark and depicts the Weeknd continuing to get the crap beaten out of him by beautiful women.

The facial bandages of the ‘After Hours’ era have been replaced by plastic masks and oxygen tanks that apparently contain something much stronger than oxygen.

The clip was scheduled to air in Imax theatres before ‘Suicide Squad’ this week, but was pulled due to epilepsy warnings regarding the “intense strobe lighting” in the clip, a source close to the situation told Variety.

In an interview with Variety in May, the Weeknd dropped a hint as to what his next album will be like: “If the last record is the after hours of the night, then the dawn is coming.”

He then teased the song on Monday morning, with a snippet posted to his socials titled ‘The Dawn Is Coming’, accompanied by a trippy visual of a sunset. However, the clip was mainly instrumental, only incorporating the Weeknd’s melodic vocalizing until the very end, when ‘Take my breath’ rings out.

On Monday night, more of ‘Take My Breath’ was unveiled via an Olympics promo for the Team USA Women’s Track & Field team. The Weeknd posted the clip on Twitter, which features athletes Sydney McLaughlin, Dalilah Muhammad, Athing Mu and Gabby Thomas, along with the caption: “8.6.21 new single.”

The new album is the follow-up to ‘After Hours’, which was his fourth No. 1 in the United States and is certified double platinum by the RIAA with over 15.7 billion streams. 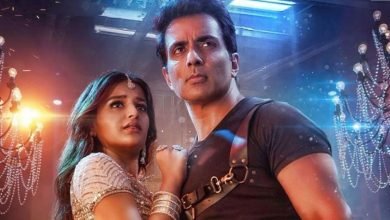