Hulu has given a series order to the drama ‘Tell Me Lies’, based on the popular book of the same name by Carola Lovering. Grace Van Patten will star in the upcoming series with Emma Roberts executive producing.

As per Variety, ‘Tell Me Lies’ was first announced as being in development at Hulu back in September 2020 as part of a first-look deal Roberts and her Belletrist TV banner signed with the streamer. Meaghan Oppenheimer will executive produce and write the pilot. Roberts and Belletrist co-founder Karah Preiss executive produce along with Laura Lewis for Rebelle Media and Shannon Gibson for Vice Studios.

Matt Matruski will oversee for Belletrist, with Stephanie Noonan overseeing for Rebelle Media and Sam Schlaifer overseeing for Vice-owned Refinery29. Lovering will serve as a consulting producer. 20th Television is the studio.
The series follows a tumultuous but intoxicating relationship as it unfolds over the course of eight years. When Lucy Albright (Van Patten) and Stephen DeMarco meet at college, they are at that formative age when seemingly mundane choices lead the way to irrevocable consequences.

Although their relationship begins like any typical campus romance, they quickly fall into an addictive entanglement that will permanently alter not only their lives but the lives of everyone around them.

Lucy is further described as a sheltered but well-adjusted girl from an affluent Long Island town. Her acerbic humour and often cool demeanour have earned her the label of “Ice Queen” among her friends. But beneath her confident facade, Lucy is hiding a childhood trauma that has left her feeling disconnected from her peers. When she meets Stephen, Lucy sees a dark streak in him that she recognises in herself, and will inadvertently bring her demons to light.
Van Patten will next be seen in the Hulu series ‘Nine Perfect Strangers’. She has also been seen in features such as ‘The Meyerowitz Stories’, ‘A Violent Heart’, ‘Good Posture’, and ‘Under the Silver Lake’. 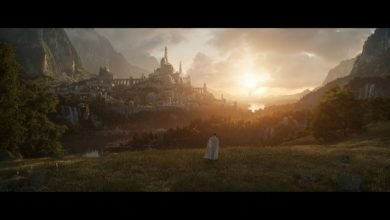