Giving the collage a quirky take, Smriti Irani penned down a short caption, which had a reference from the much-loved title track of her super hit television show.

Union Minister of Textiles and former actor Smriti Irani on Tuesday introduced her “Don’t Angry Me Look,” to her Instagram followers as she shared a “then vs now” picture of herself.

The Amethi MP, who is one of the most active lawmakers on social media, hopped on to the photo-sharing platform and shared a collage of two of her pictures.

Although the two pictures belonged to two different time zones, one from a recent parliament session and the other from her childhood, both showed the look that depicted her being on the verge of getting angry.

While Irani’s “then” picture was a monochrome still from her childhood featuring her in a furious mood wearing a frown, Smriti Irani’s “now” picture was clicked in the middle of a serious parliamentary session and hence, the lawmaker is seen sporting an intense look.

Giving the collage a quirky take, the minister penned down a short caption, which had a reference from the much-loved title track of her super hit television show.

The post with the humourous caption prompted several comments from Instagram users, including celebrities and former co-actors Mouni Roy and Mandira Bedi who had worked with the actor-turned-politician in Kyunki Saas Bhi Kabhi Bahu Thi. 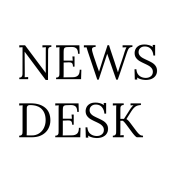 Disney to push up spending on content; $33 Bn set aside for 2022 fiscal

Special Ops 1.5 Review: back and forth narration tiredly gives in to bolly traps